Essentially this is to have fun with high speed photography at an affordable level of cost and results to be proud of.

My definition of "high speed" photography is photos that stop the action (little or no blur) at capture speeds that are greater by at least on order of magnitude better than modern cameras. My old Nikon D7000 and the somewhat newer D7200 can go up to 1/8000th of a sec.

A technique often used to surpass these speeds involve strobing a high powered light source, a flash. With regular equipment such as a Nikon SB600, it is possible the achieve capture speeds in the vicinity of 1/25000 (0.000040). although some very interesting results are possible with such a technique I am aiming at a capture speed of 1us or 0.000001 sec.

To make these figures a little more tangible, lets take a pellet gun that shoots the pellet at a velocity between 180 to 240 meters per second. (The velocities in the Crosman document goes up to as much as 1000ft/sec or 304 m/s).

The blur in a capture at 40us is to my mind much to big to have a pleasing stop action photo of a pellet. While at 1us, it becomes perhaps tolerable.

I am using the pellet gun as an example. The issue is much more complicated with captures of breaking glass, water droplets etc. because there is a large spectrum of velocities. The following are a few of my better pictures where the flash was strobed and 1/25000. 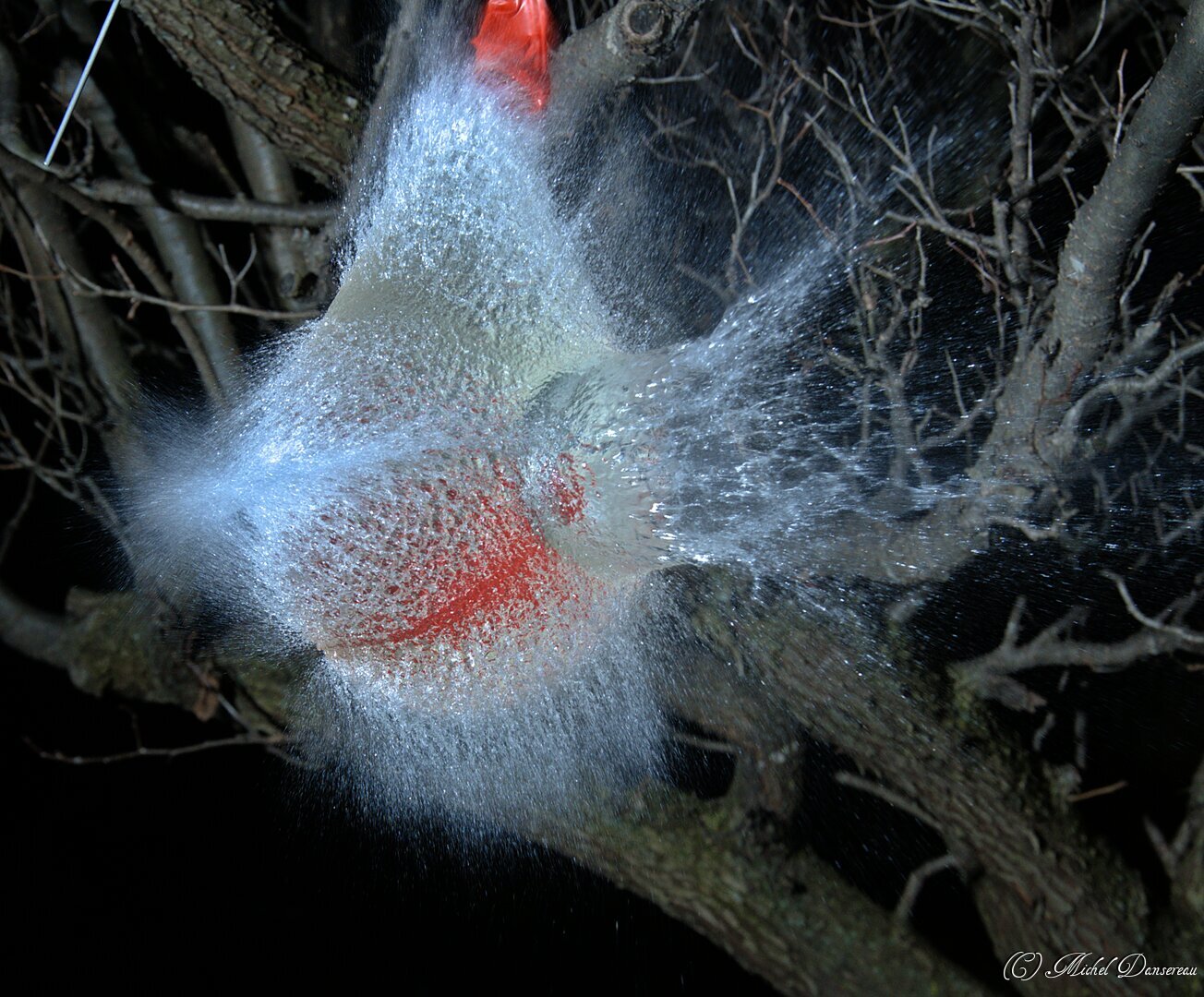 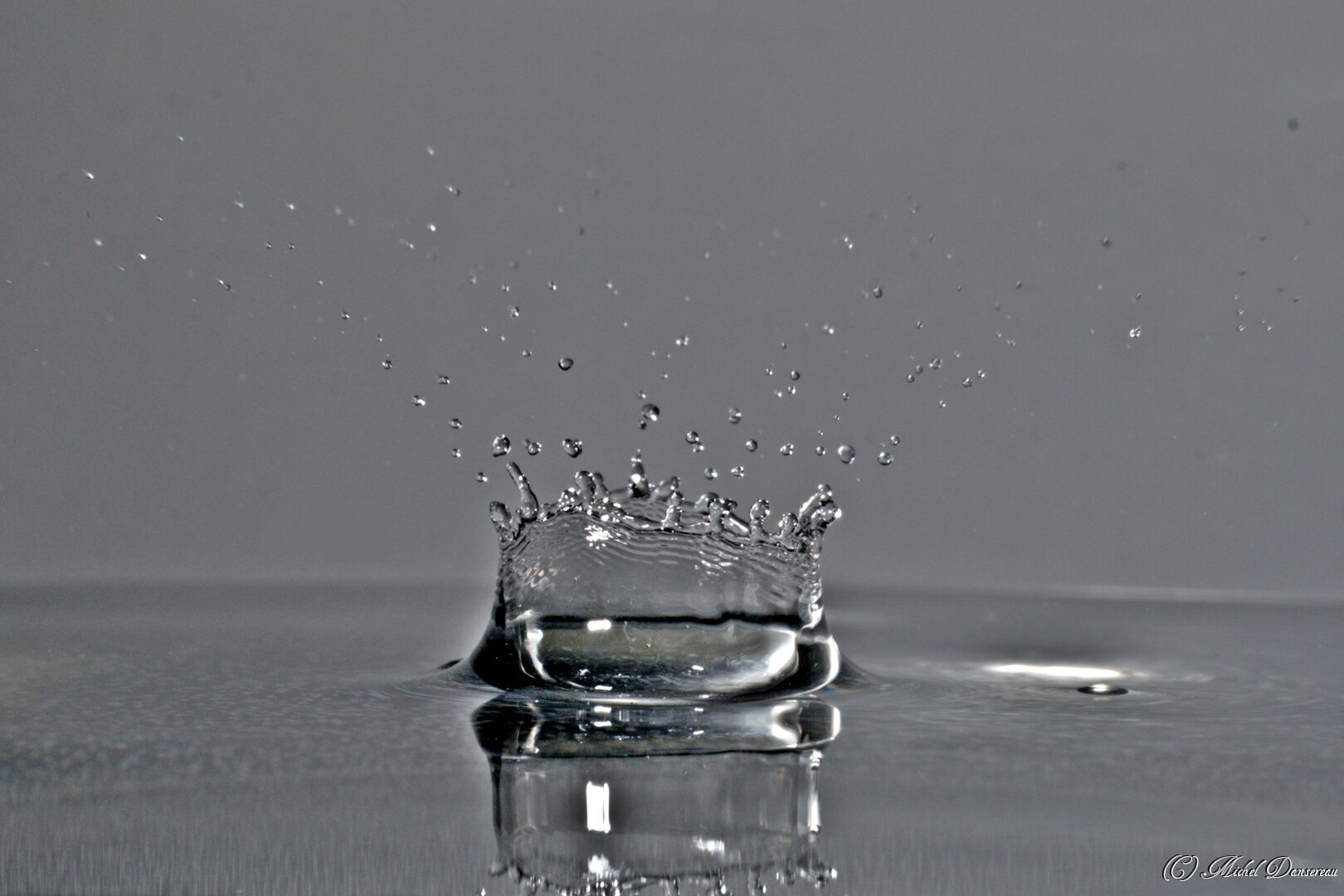 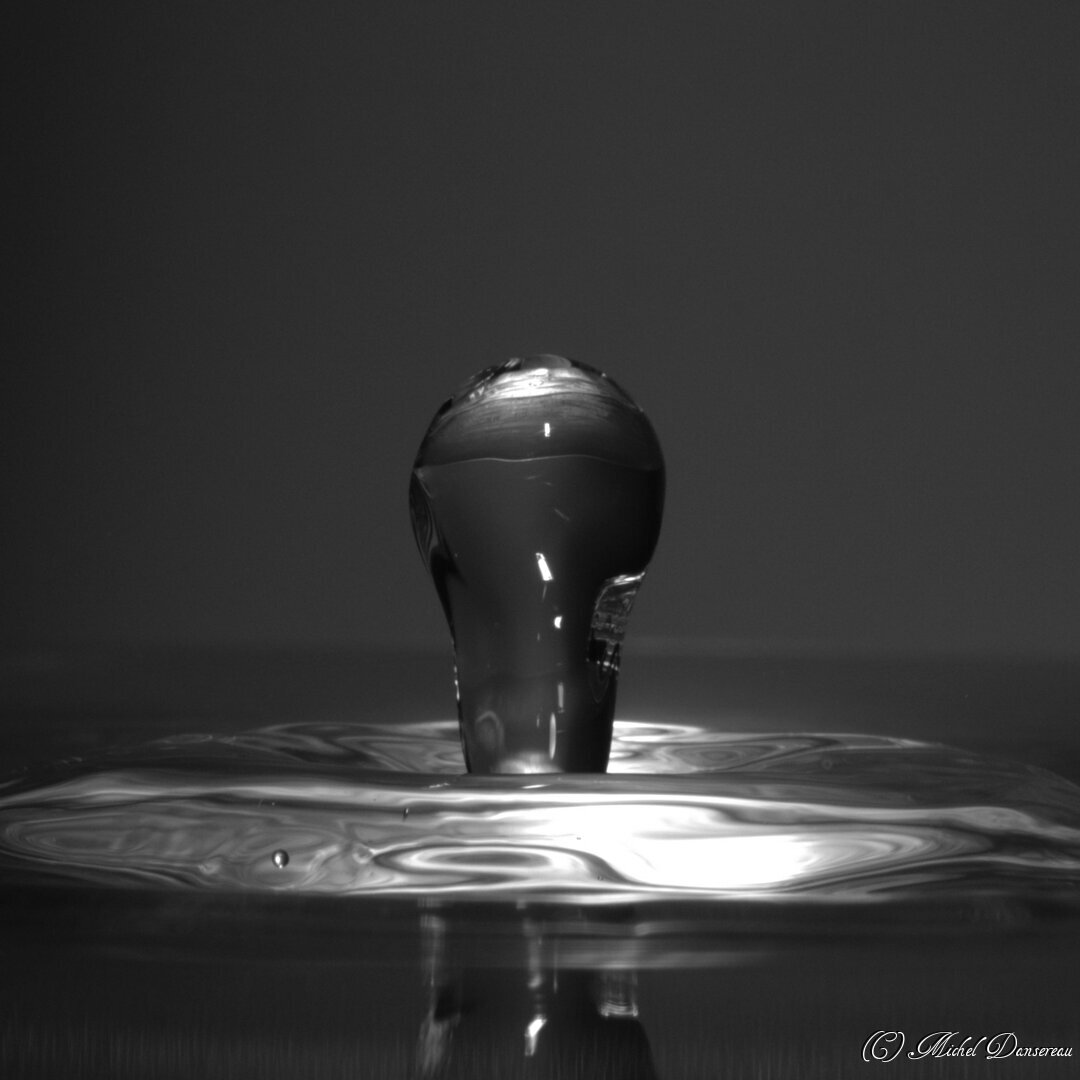 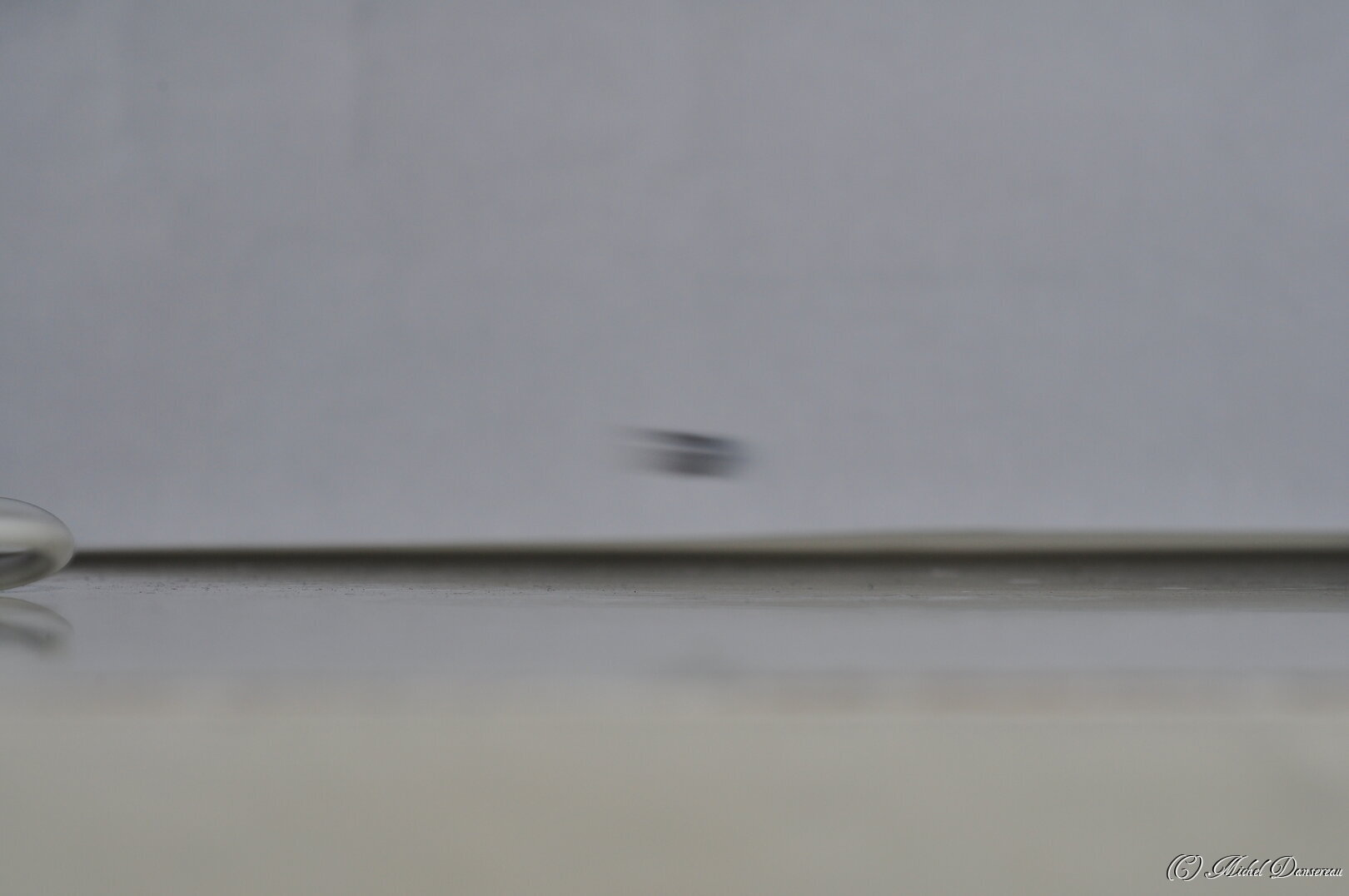 This last photo demonstrates what I am planning to improve. The motion blur is extensive.

I have not found many solutions that offer the performance that I am looking for. One possibility was an Air Gap flash. It is described here: https://en.wikipedia.org/wiki/Air-gap_flash.

Many DIY versions of such a device can be found via google. The authors are very clear about the dangers involved with these electronics however the performance is cutting edge.

I also found a lower power solution built around LEDs that are driven for very short period of time well past there design specification. The power required and generated by the device is enough to tickle but not enough to harm. We are talking about voltages around 125VDC. This is much more in the range of what I am ready to experiment with. This solution is : Edgerton, A High-Speed LED Flash #DIY

Both solutions are affordable, however the second, The Edgerton flash, seems to have a part list that is easier to obtain.

I chose the Edgerton flash. However I will not use the same micro processor. I will use a Raspberry PI Zero (RPIZ) instead of the ATMega328 and I will do without the manual entry pad and display of his design. I will instead use a dedicated HTTP link to change or monitor the flash parameters via my smartphone. I also intend to have an external trigger mechanism based on the 74LS123 one shot mono-stable. I could perhaps make use of the camera's hot shoe.

The RPIZ GPIO promises pulses of sub micro-second duration! This avenue of experimentation could be very interesting. The role of the RPIZ will be essentially a timing function (when not used in hot shoe mode) and possibly a ready status detection.

I would love to find a way to change the voltage of the Power Boost transformer so that I could use the flash in normal mode i.e with flash duration in the range of the SB600. I doubt however that this gadget will ever have the power to replace it.

In regards to the LEDs and the power circuitry, those will probably remain the same. 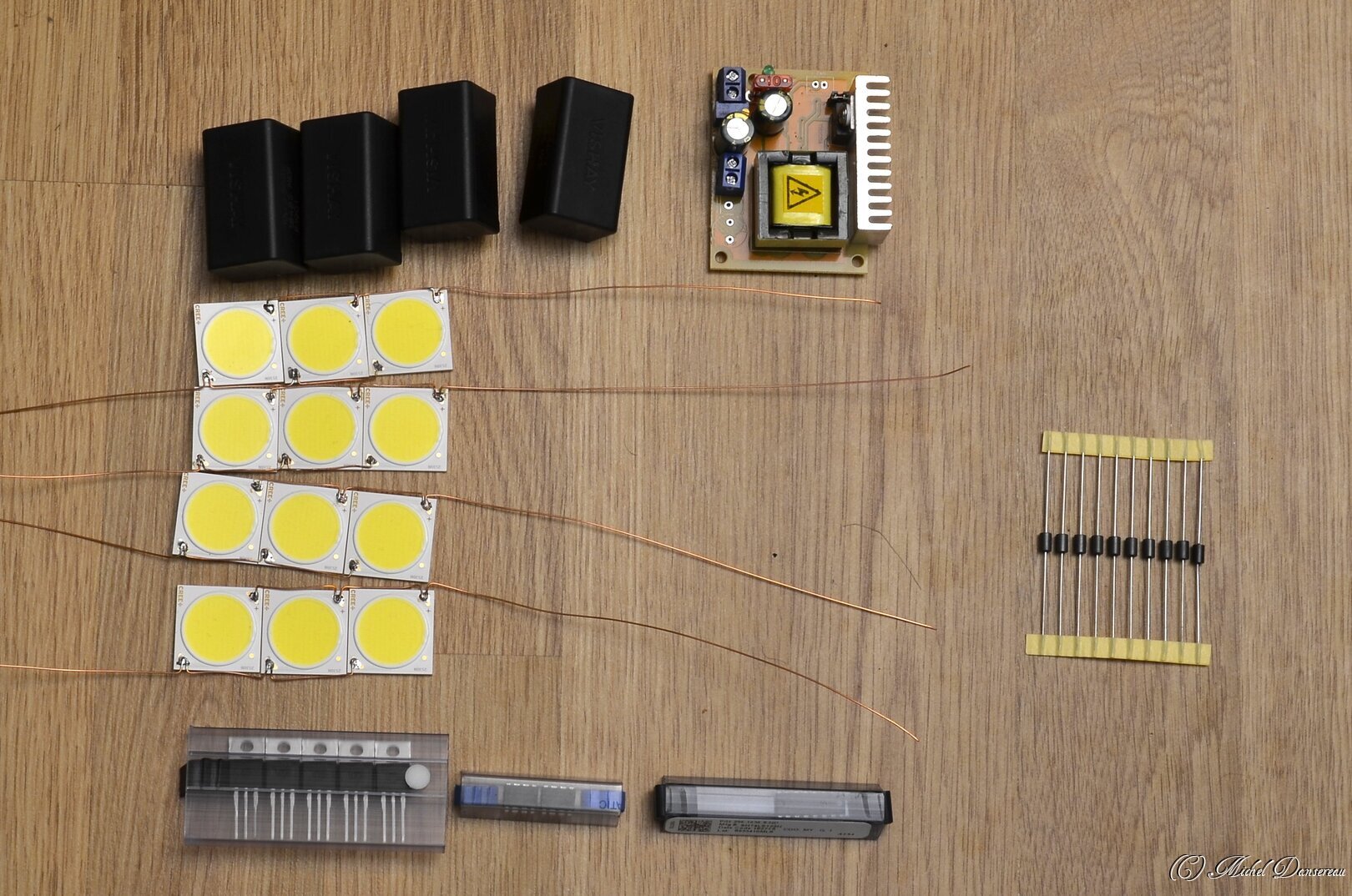 The following pictures are from TD0G.com!!